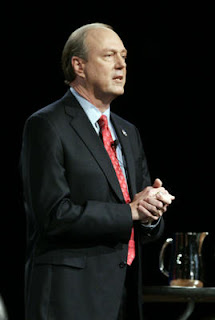 From the Tennessean In Session Inside Tennessee Politics:"Kyle’s bill would repeal the Equal Access to Intrastate Commerce Act, or HB 600, which Gov. Bill Haslam signed into law this week. HB 600 effectively repealed a Metro ordinance passed in April that required city contractors to follow Metro policies that bar discrimination on the basis of gender identity or sexual orientation."

Kyle’s bill, SB 2121, would put the issue back on the agenda in January. He said he brought the measure after being contacted by officials in Shelby County, which he represents, who were looking into proposing nondiscrimination ordinances like Metro’s.

Kyle also said he wants to keep the pot stirring through the long summer and fall until legislators come back to Nashville.

“It keeps the discussion going,” he said. “It seems like the business community was late to the party. To me, it merits a second look.”

Thank you Senator for listening to your constituents. Yes the Chamber was VERY late in announcing their opposition to HB 600 but now they have we welcome them to the party.
Posted by planet trans at 10:27 AM