What Not to Learn from Osama bin Laden’s Death 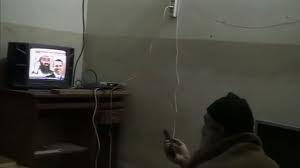 What Not to Learn from Osama bin Laden’s Death. Torture does not provide answer but then nether does denying trans people exist.

This piece written by NRCAT and edited for my approval will not be published with the help of NRCAT in any newspaper oped sections because my signature identifying myself as transgender 'was to controversial'. They did say they had LGB(T) in the office same as me! SAME AS ME? No gay and lesbians are not the same as me. We didn't even talk about my being a organizer activist let alone my radical views.

Because that piece can not be published as a op ed after being appearing else where I will do my own street rant about torture.

What we learned from Osama Bin Laden's murder. WE learned that torture doesn't do squat for us other than make people our enemies who otherwise might be unambiguous toward us.

We learned the US Military is competent enough to murder a poor man in a threadbare blanket watching while watching a 9" black and white telly.

We learned that the religious and political right has no moral problems capitalizing on murder by a democratic administration seem a victory for the capitalistic pig bourgeois US government.

We learned that left wing seemingly well meaning anti torture groups have a problem with anyone being transgender.

We learned not to put our faith in anyone but ourselves. Oh yeah, we re-learned war sucks.
Posted by planet trans at 7:05 AM