CeCe McDonald to be Sentenced For Not Being Murdered: INjustice Done 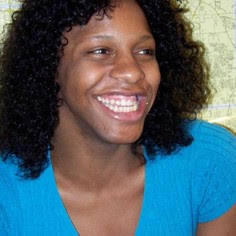 Cece a black transgender woman defended herself surviving the attack by three racist transphobic bigots. Her reward, 41 months in jail. A white man in Florida shoots dead an unarmed black teenager and isn't even arrested until after social media, like this blog, forces mainstream media to bring national attention to the crime.

From my perspective as a transgender advocate who mourns the murder of trans people ever DAY AND A HALF, I'm relieved. At least it wasn't our sisters dead body in that ambulance.

But a major injustice has been done non the less.

From the CeCe McDonald Support Committee:

Minneapolis, MN - Earlier today, Ms. Chrishaun "CeCe" McDonald accepted a plea agreement to a reduced charge of manslaughter in the second degree in the criminal case resulting from the racist, transphobic assault she survived last June that left one of her attackers dead. The prosecution had originally charged her with felony murder in the second degree. However, after entering into plea negotiations this morning, the defense and the prosecution settled on the reduced charge. McDonald will be sentenced on June 4th at 1:30pm under Hennepin County Judge Daniel Moreno to 41 months in prison. The executed sentence will be reduced by one third, for "good time" and credit for the time McDonald has served pending this resolution.

The plea agreement comes nearly a year after McDonald was arrested, interrogated, denied adequate medical care for a laceration she suffered during the attack and held in solitary confinement for a month for being a transgender person. During the pre-trial proceedings, supporters raised world-wide support for the charges against McDonald to be dropped. Last month, supporters delivered to Hennepin County Attorney Michael Freeman a petition for dropping the charges with over 15,000 signatures and dozens of letters of support for McDonald from organizations and prominent individuals from around the globe.

Freeman consistently failed to exercise his professional discretion and take a stand against racism and transphobia by dropping the charges.

"Freeman's aggressive prosecution of CeCe was a continuation of the racist, transphobic assault that led to her being charged and resulted in the tragic death of one of the assailants," said Kris Gebhard of the CeCe McDonald Support Committee. "We've been proud to stand with CeCe as she fought this unjust prosecution and will continue to stand with her as she fights for justice as a trans woman of color within the prison system."

In a press conference after the plea agreement was accepted in court, Katie Burgess of the Trans Youth Support Network addressed the crowd of supporters filling the steps outside the Hennepin County Courthouse. Burgess said:

"With the whole world watching, Freeman's office consistently chose not to take the opportunity to stand up against racism and transphobia. Freeman himself said, and I quote, 'The criminal justice system is not built for, nor is it necessarily good at, solving a lot of society's problems.'

Supporters will pack the courtroom for the sentencing on June 4th and continue to rally support for McDonald and to demand justice for all trans people and people of color.