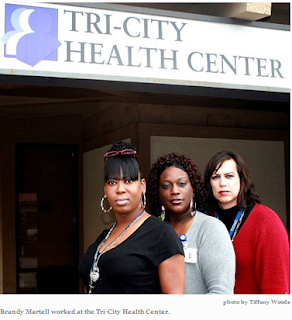 Brandy and her coworkers at the health care office look of defiance is a signature of our hard life. It comes from always having to be defensive, never trusting and the hard lessons learned from those occasions when we did and were hurt. Sometimes the hardest lesson is the one that ends in our murders.

Source SfBlog "This part of Oakland is a cab stand. It is also a hangout for transgender people; Brandy was there in her car with three other transgender women. Around 3:30 a.m., a couple of gentlemen walked by them. Judging by their clothes, they'd been at a nightclub. They made catcalls and aggressively hit on the women; one was very interested in Brandy, repeating how fine she was. The men wanted the women to come with them, but the women realized that the men did not "know what their T is" -- "T," or truth, is slang for a woman who is trans." 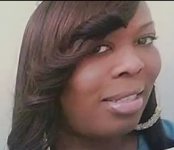 "The ladies then asked, "You know we're trans, right?" When they gave them the information, the pick-up ended. The men went up around a bookstore toward 14th Street. Around 5:30 a.m., the men returned, and the women were still in the car. One man opened fire on Brandy Martell, killing her." 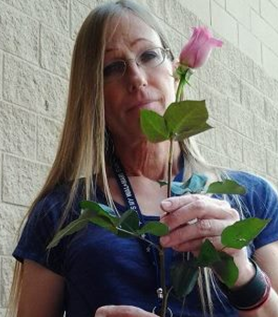 My life isn't that much different from Brandy's as today I am recovering from another occurrence of hate. Maybe tomorrow I will also have to pay the ultimate price for my "T", I don't know.

But in the meantime I have the honor of working with hundreds of cisgender people who value each person for their individuality. To them, this acceptance is the ultimate expression of the American dream so on Mothers Day they gave me this rose saying simply "everyone gets one".

Brandy the Rose has wilted but the love and unconditional acceptance that it expresses has not. I want you to have this rose because everyone Brandy, gets one.