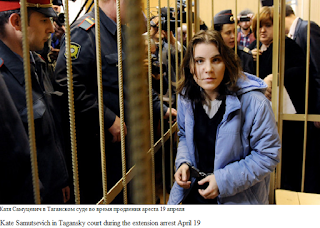 The Russian Feminist Punk Band Pussy Riot hearing is scheduled for May 11th and they are in need of thousands of dollars to get bailed out. Why should trans people care? Because in the extremely misogynistic society that is Russia today they are standing up for gender variance! 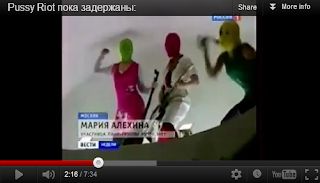 The band also mentions American punk rock band Bikini Kill and the Riot Grrrl movement of the 1990s as an inspiration in an interview by The St. Petersburg Times. “What we have in common is impudence, politically loaded lyrics, the importance of feminist discourse and a non-standard female image,” Pussy Riot said.