DSM UPDATE: APA To Sugarcoat Pathologization of Transgender In DSM-5

The APA has decided to keep transgender in the DSM-5. While acknowledging the controversy they continue to ignore the resulting detrimental affects it has on transgender people. You can use whatever words you like to pathologize transgender and transsexuals, but calling our naturally occurring socially beneficial gender diversity a mental illness is, well, sick.

Pandering to the undecided and those who have insurance and in a attempt to avoid becoming completely irrelevant in regards to gender diversity, they will use "dysphoria" instead of "disorder" but in the end it means the same thing. You are mentally ill or just plain "SICK".

Some highlights of the proposed changes as noted by Med page today:

The workgroup responsible for dealing with the hot-button issue considered a variety of other approaches, addressed later in this article. Ultimately they settled on a formal diagnosis -- potentially qualifying a patient for insurance-paid treatment if they want it -- but with a less pejorative name than "disorder."


What the APA refused to change:

Transgenderism as a V code. In seeking to destigmatize what was called gender identity disorder in DSM-IV, one proposal was to list it -- with or without a new name -- as a so-called V code. In DSM-IV, this was a chart code used to flag items of clinical interest that were not diagnosable or treatable conditions in their own right -- such as problems at school or noncompliance with treatment.

It was rejected, as were suggestions that the condition be dropped from DSM-5 altogether. 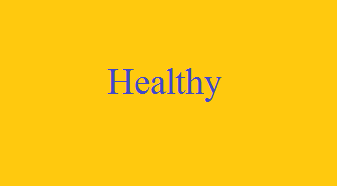 Transition is much like childbirth. As we transition our true expressions emerge and this can be a wonderful experience or it can be so traumatic it kills the mother.

Why is the APA contributing to our distress? Many believe as I do the APA's main interest is job security and being a enabler for pharmaceutical profiteering.

5000 member Facebook event "petition the APA Remove Transgender from The DSM"
Posted by planet trans at 10:02 AM