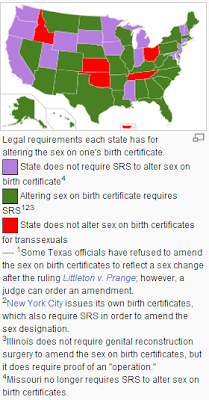 HOUSTON (KHOU) -- The transgender widow of a Wharton County firefighter, whom a judge ruled was not entitled to her late husband’s death benefits because she was born a man, is challenging Texas law once more by attempting to get married again.

Nikki Araguz, 38, was the transgender wife of Wharton firefighter Thomas Araguz. He died fighting a blaze at a Wharton County farm in 2010. His family, when they found out Nikki Araguz was born a male named Justin Purdue, challenged her rights to the benefits. They argued that the marriage should be declared null and void because the Texas Constitution effectively bans same sex marriages. A judge agreed that although Araguz had her original California birth certificate amended to show that she is now female, that Texas law goes by the original birth certificate that shows Araguz/Purdue was born male.

"This is an acceptable form of identification according to your 2009 family code but you're denying me one,” Araguz said.
"Denying it per the constitutional amendment,” Stanart said.

KHOU 11 News Legal expert Professor Gerald Treece of the South Texas College of Law says Araguz is following the same argument she already lost in court. Texas law, as was the ruling in Araguz’ original case, goes by the original birth certificate, not an amended one. Araguz’ original birth certificate shows she was born a male. Under current Texas law she would always be considered a male. Therefore the Harris County Clerk denied Araguz a marriage license based on the interpretation she was marrying another man.

The three words keeping Nikki from getting a marriage license and the Achilles heel for all of us transsexual Texans "Original Birth Certificate".