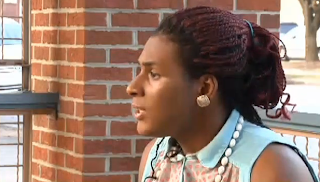 Vishon Murphy a transgender student at Edgecombe Community College told WNCN that constant harassment, bullying and death threats have forced her to consider dropping out of school.

She said people have spit at her, thrown objects at her and have even made her run in fear for her safety. According to the colleges student handbook Ms Murphy has the right to a prompt investigation of the complaints she has made but she says that isn't happening.

Transgender people are being murdered st a rate of 50% higher than gays and lesbians even though we make up only 3% of the worlds population. And as a blogger I will attest black transgender woman make up the highest percentage of those murdered. We should be very curious to know why this institution of higher learning is allowing this murderous condition to continue on its campus.

@kellibusey - Please refer back to you post at http://t.co/MD1v2iUqvu for the college's response. Thanks.
— Edgecombe CC (@EdgecombeCC) September 14, 2013