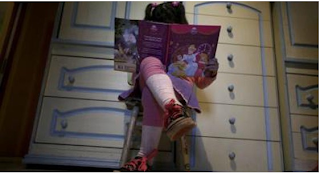 The little girl, known as Lulu, is believed to be the youngest person to take advantage of the new laws.

Lulu, who was assigned male at birth has identified as a girl from an early age. Her birth certificate and Argentinean ID (known as the DNL) will now reflect her identity as a female.

Lulu’s family had first attempted to get her documentation changed when the laws came into effect in December but the government initially refused to comply as they believed Lulu too young to be able to decide on her gender identity.

This decision was overturned however following a letter from Lulu’s mother, Gabriella, pleading her daughter’s case in which Gabriella said Lulu had identified as a girl since she could talk.

Argentina's Children, Youth and Family Secretary had also ruled in favour of allowing the documentation to be changed, stating that they believed not doing so could be in breach of a UN resolution supporting children's rights.