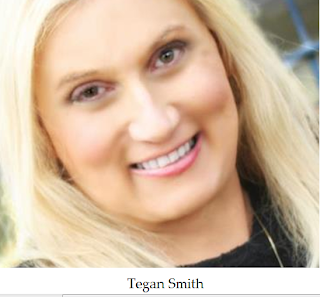 Transgender woman Tegan Marie Smith handcuffed, removed from a plane at Dallas Love Field because the "police" wanted to know "why she was transgender."

Around 6PM Dallas time on Monday, December 10th, 2012, my good friend Tegan Marie Smith was at Love Field in Dallas TX on board her flight to Atlanta GA when the police boarded the aircraft, handcuffed and arrested her. They held her for a few hours telling her she had no rights and demanded why she was "Transgender". In the process she lost her phone and several other personal items and missed he...r flight. She is currently in a hotel in Dallas awaiting the next flight home..

This is a total outrage!! She didn't deserve this treatment. She only was in Dallas to see her family and was on her way home.

"Arrested in Dallas, detained for two hours in handcuffs, released. Most of my stuff, including phones, missing. I still had one credit card and my drivers license, so I got a nearby hotel and will try to fly home to Atlanta tomorrow. I had to give life story about being transsexual to officers. My earlier flight was cancelled, and I had a few drinks at the bar, no more than the others I was with. I was boarded, then removed, placed in handcuffs, not read any rights, was told I didn't have any. They demanded to know why I was transgender. I was finally released, my wrists are bruised, the handcuffs hurt like hell but I sure as hell wasn't going to let them see me cry. I feel pretty bad right now, I was singled out of six people from the bar near the gate, I am certain because of my height and size. I don"t have any phone numbers but one. my phone is gone, and she is not answering. A wonderful weekend in Dallas gone bad for no reason. I was told to stay away from the airport tonight, to fly out tomorrow. Likely I will have to buy another ticket, and I have no idea where my carry on bag, hormones, etc are.

No one is going to see me cry. Yey though I walk through the valley of the shadow of death, I fear no evil, for I am the toughest Bitch in the valley."

Apparently Tegan is safe and on her way home. This was posted by a friend of hers...

(Tegan)"...messaged me to say that she had a stand-by boarding pass to get home on a 1245 flight, no charge. She said that the groundcrew at the check-in apologized and told her that her arrest was a manager's decision and that they never would have pulled her off of the flight themselves, but said that they couldn't do anything about it though.

All of her possessions were returned ...to her intact!
She has taken her prescriptions and photographed the marks on her wrists from the handcuffs that the police put very tightly on her yesterday. She said that NBC wants to talk with her. I don't know if they got to yet though. Let's all please say a prayer that she gets home safe and sound! A subsequent text message from her indicated that she was boarding at 12:32, so apparently she's in the air now!

There will be a lot in the mainstream news about this I'm sure.

Thank you for posting this!

Mika, thank you for mentioning me in your comment. I wouldn't have even known about this until some later date if you hadn't.

That's what we do... we help and inform each other. You are awesome!

I have met Tegan before, and known her from her journaling in PINKessence.com and with that in mind, I am sorry to hear of this story Tegan - however, I would be interested to hear the other side of the details. I'm not questioning Tegan's integrity, however, this story lacks a lot of details and I for one am not ready to rampage in the streets until I hear the entire facts from all parties.

It is totally disgusting behaviour from the police and, apparently, a manager from the airline. I am horrified that an incident like this can be allowed to happen and then the victim gets told that they are not allowed to make any kind of complaint! Pardon me for being a reasonable human being but that totally stinks! Someone somewhere has to be disciplined to the full extent of whatever human rights legislation can be applied here. I shall be showing these a-holes up for what they are in the Planet Maz on PMR show Sunday at 6pm UK time on Planet Maz Radio. If anyone wants a link to the show email thisisplanetmaz@gmail.com

Tegan, you need to call the ACLU and the LGBT Human Rights in the area on this. They will have that airline and manager's job for this indiscretion. At the very lease I wouldn't settle on just being on stand-by, but instead insist on being flown to you're destination first class. And at the ACLU's request get a return trip first class ticket, to where ever you want to go in the world.

I am absolutely appalled by this story. I want to know the name of the airline so I can boycott it, and also let them know why I will no longer be doing business with them. This episode points to the need for stronger transgender rights.

As someone in the airline industry (not the carrier involved in this), if she was intoxicated when she boarded the aircraft, the flight crew has every right to eject her. As far as the ejection goes, I seriously doubt that this had to do with her being TS/TG. All she had to do was appear intoxicated or have an attitude with a crew member. Apparently in this case, the pilot in command felt this passenger was too intoxicated to fly and he used his discretion as allowed (and expected) by federal law. This is in 91.17(b) of the Federal Air Regulations (FAR).
http://rgl.faa.gov/Regulatory_and_Guidance_Library/rgFAR.nsf/0/28757d8ae4d7d671862571960066be86!OpenDocument

The police's handling of the situation is definitely questionable, but don't blame the carrier.