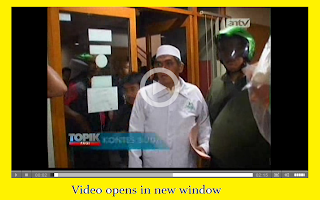 JAKARTA – A transgender festival was forced to shut down on Monday night after an Islamic group armed with sticks turned up at the event to protest against it.


The Islamic Defenders Front (FPI), a fundamentalist group that aims to implement shariah law in Indonesia, claimed the organiser of the Miss Waria contest in Pasar Festival, South Jakarta, did not have a permit from the police.

“The local community did not want the contest to be held in their area. They asked the police if there is a permit for the contest, but there is not,” Salim Alatas, chief patron of the FPI’s Jakarta chapter told the Jakarta Globe.

“We will deny if there is such thing as a transgender contest in our country. It’s morally destructive and not educating.”

Witnesses said that FPI members wore helmets and were armed with sticks, but Mr Salim denied the claims, saying that his men were unarmed and came in peace.

Festival organiser Merlyn Sofyan, winner of Miss Waria when the event was first held in 2006, denied the show was a transgender beauty contest.

“It’s called Festival Waria Berbudaya [Cultural Transgender Festival], not a pageant where contestants are judged by their looks,” Merlyn told the Jakarta Globe.

“Festival Waria Berbudaya is an attempt to answer the wrong perceptions in our community by producing decent human resources of waria [transgender people]. It’s not going to be instant, but we’re trying to nurture them.

“If we’re talking about religion, who has the right to judge other people?”

All 20 contestants left the contest peacefully and continued the event at the Legal Aid Foundation in Central Jakarta.