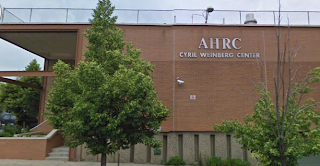 Jolie Estrella, a transgender woman  is still depending on friends for food because the city's Human Resource Administration (HRA) has refused to accept her court order correcting her name and gender marker.

When Ms Estrella tried to present her name and gender marker court paperwork on November 2011 she told the Queens Chronicle:

" They were bewildered,” Estrella said of her visit. “One of the girls was confused and didn’t know what to do. She went to a supervisor, or a coworker, someone who she respected. He accused me of having fraudulent documents.”

She left that day and returned dressed in a sweatsuit, I presume in a atempt to appear androgynous, prepared to be abused for food the Queens Legal Service reports:

"The Center’s Case Manager refused to process her request to change her name, refused to correct her gender marker from male to female, and refused to use the correct pronouns and her legal name despite repeated requests. Furthermore, the Case Manager made stunningly inappropriate, discriminatory and demeaning remarks about Ms. Estrella’s sex, gender, orientation and physical disability (including telling her that she had low self-esteem and could not “make it as a man”) 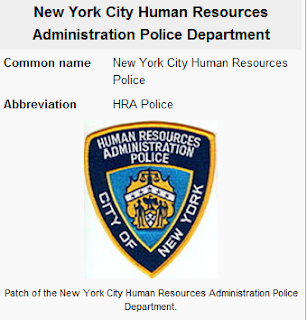 When she asked to speak to a supervisor, the individual allegedly refused to use her legal name and instead sent her to another location where she was met by HRA security guards who ordered her to leave the building.


When she refused, a guard allegedly dragged her into an office where she was issued a summons and citation, again in her former name.

These actions by HRA staff constitute violations of the New York City and State Human Rights Laws, which prohibit such discrimination in public accommodations. The actions further violate HRA’s own Procedure No. P-09-22, “Serving Transgender, Transsexual, and Gender Nonconforming Individuals,” which was issued in December 2009 after years of advocacy by the Audre Lorde Project, the Sylvia Rivera Law Project, and Housing Works. The Procedure instructs HRA staff to ask clients what their preferred name, title, and gender pronoun are and informs staff that refusing to abide by their answer is a form of harassment.


“Ms. Estrella has a right to be treated with respect and to have her documents reflect who she is, as does any applicant for benefits,” said Richard Saenz, Staff Attorney at Queens Legal Services. “Transgender individuals are constantly forced to accept harassment or give up their benefits. That’s not a choice that anyone should be forced to make, particularly at agencies that serve as a last defense against poverty, homelessness, and poor health. As a City agency, HRA must abide by the laws and regulations of both the State and New York City.”

The new suit follows a similar suit filed against HRA in June by Manhattan Legal Services and South Brooklyn Legal Services on behalf of another transgender woman whose request to change her name and gender marker were denied, despite the fact that she had in her possession both a name change order and a letter from her physician. LSNYC’s clients seek damages, an order that the defendants and their employees will refrain from such discrimination against the clients or any other person, trainings for HRA staff on the rights of transgender people, and a clear procedure for changing gender markers on identity documents.