The IKEA letter Apologizing to the Thai Transgender Alliance and the world's trans community for the offensive advertisement: 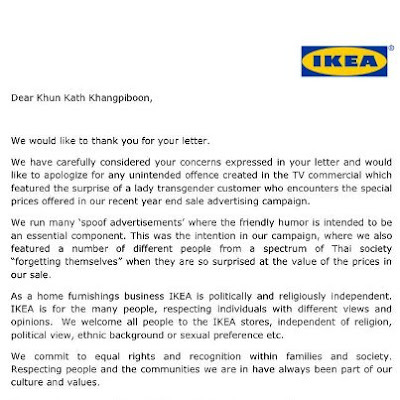 The universal condemnation from the world's trans community easily transcended language barriers. The momentum we created quickly propelled our concerns into mainstream media bringing this issue front and center to this massive corporation's attention.

I appreciate the apology from IKEA and I hope other corporations will also understand trans people will not abide being mocked.

The offending advertisement "Forgot to Deceive":