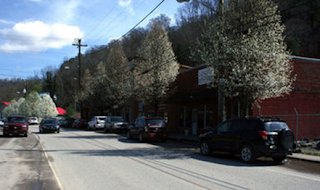 Usually its the big cities that make big news when they institute LGBT protections but this time the big news is how small the city is and how big their hearts are.

Vico Kentucky is located in the southern tip of Perry County, 12 miles from the county seat of Hazard in rural Appalachia has 318 residents covering only .08 square miles.

Source Fairness Campaign: Vicco, KY) Today the Fairness Coalition joined the Appalachian town of Vicco, Kentucky as they approved the state's first lesbian, gay, bisexual, and transgender (LGBT) anti-discrimination Fairness ordinance in a decade. The measure, which prohibits discrimination in employment, housing, and public accommodations based upon a person's actual or perceived sexual orientation and gender identity, received support from three of the city's four-member commission and mayor.

Vicco becomes the smallest municipality in America with such anti-discrimination protections and joins three other cities in the commonwealth with Fairness laws--Covington, which passed an ordinance in 2003, Lexington, and Louisville, which both approved laws in 1999.

"Vicco is a community that believes all folks should be treated fairly," shared Vicco City Attorney Eric Ashley. "We believe everyone deserves the opportunity for life, liberty, and the pursuit of happiness. Fairness is a Kentucky value, a Vicco value, and one of our most American values."