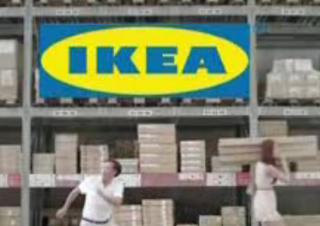 The "Forget to Deceive" advertisement features a normal appearing couple strolling into a IKEA store. When the female spots a sale so spectacular she forgets to deceive and shouts out in her male voice much to the astonishment of her partner.

The advertisement goes down hill from there as she is then seen lifting up the sale items weighing perhaps much more than a cisgender woman could carry as her male companion obviously realizing she is "really a man" runs in the other direction.

The Thai Transgender Alliance has publicly denounced the advertisement that ran in sky trains saying in a open letter that 'The transgender content of the advertisement is negative and stereotypical in nature, perpetuating misunderstanding transgenderism as human sexuality for "deceitful and deviant lifestyle".'

Source - Thai Transgender Alliance: "A marketing official at IKEA Thailand, which opened its first store in the country in November 2011, said on Thursday it had talked with the group in response to its January 9 complaint."

"IKEA has spoken to the group over the telephone and the conversation went very smoothly. We are now drafting a letter in response," the official said, declining to be identified.

This nasty advertisement is so disgusting I don't know where to begin.

I work in a warehouse. When I began there I was scorned by my co workers because I was a over weight and out of shape trans woman.

In the year since I have seriously undertaken a work out regiment and have been able to maintain my HRT resulting in substantial changes.

Now when I lift heavy objects and work with gusto I am scorned for the differences that I DO NOT Hide. I am not deceiving. I am making the fullest use of this transgender body.

This advertisement invites cisgender people to hate us for who we are and whom we might become.