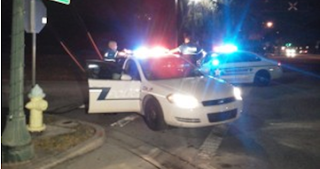 With a sigh of relief I can report that the police have the two suspects in custody however two reporters from ABC and The Sarasota Patch remain at large. These two reporters are armed with laptops and should be considered extremely ignorant/transphobic.

A cascade of ignorance/transphobia? A possible second hate crime?

The waterfall of ignorance about transgender people began with the WWSB Sun coast article which stated the police transported whom they assumed to be a man and a woman to the hospital but later discovered it was a man in women's clothing. The article stated that one of the men had female on his drivers license but hadn't yet undergone the surgery to make him a woman.

The ABC article is so bad I wonder if it wasn't written by a transphobe with a axe to grind. That was the first crime against literacy.

Transgender people are looking into a second possible hate crime after the Sarasota Patch parroted the gawd awful ABC piece and the reporters? They remain at large and should be avoided at all costs.