300 Attend Vigil for Lucy Meadows At the Daily Mail Offices 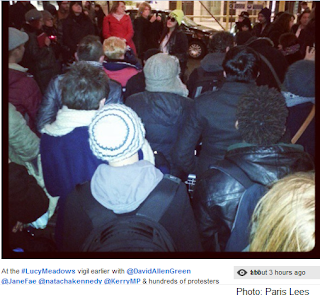 The 300 people attending the vigil were respectful, memorializing Lucy Meadows the transgender teacher who tragically died shortly after beginning transition and the subsequent horrific article by the Daily Mail. The participants had a memo to deliver to the Daily Mail.

Transgender people will no longer allow themselves to be monstered by this tabloids.

MP Graham Jones ‏who was in attendance tweeted "Just raised the death of #lucymeadows in the House of Commons. Universal sympathy. Speaker described such journalist actions as despicable." 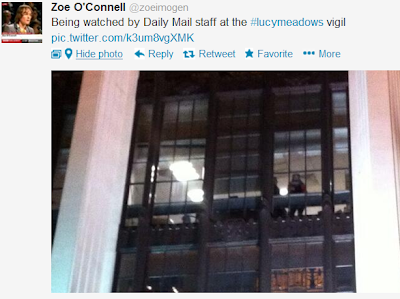 I personally did not appreciate the Guardian reporting on this so I didn't use them as a source. Read more at Gay Star News.