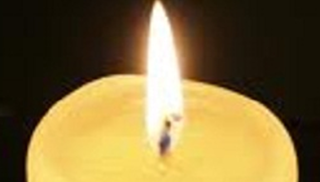 More than 150 people have indicated they will gather outside the Daily Mail offices at Northcliffe House, 2 Derry Street, Kensington, London W8 5TT on Monday at 6.30pm to hold a Vigil in memory of Lucy Meadows.

For those of you who have been upset and outraged by the Daily Mail's treatment of Lucy Meadows, a candle-lit vigil is going to be held outside the offices of the Daily Mail on Monday at 6.30pm.
...
There may be other event pages for this - we found out about the event on Twitter but we can't seem to find any other details/event pages so thought we'd make this one so that we can share information and co-ordinate.

Lucy Meadows was a transwoman and teacher at St Mary Magdalen's school in Accrington. The school were very supportive of her transition but after calls from a minority of parents, The Daily Mail published a highly offensive and transphobic piece by Richard Little john 'outing' her, resulting in Ms Meadows being hounded and vilified by the press. Reports of her death were confirmed yesterday and suicide is suspected but not yet confirmed.

Please share this as widely as possible, and let's show The Daily Mail that transphobia is utterly unacceptable, reprehensible and has tragic consequences. Let's also pay tribute to a brave woman and dedicated teacher.

"The other side" By Abigail Pope .

I wrote and recorded a song today after I found out about Lucy Meadows’ death. It’s so heartbreaking to see such bright lights get snuffed out for no other reason than to sell a paper or feel important. Yeah, we look and sound different, but we’re just people. We need all the things people need, and we are denied them, and for many, it’s too hard a road to walk.
Lucy Meadows, trans teacher whose gender reassignment made news, found dead at home.