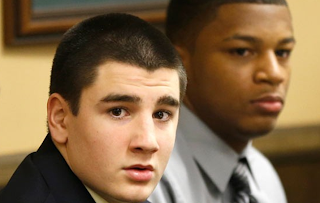 Social media is responsible for this justice. Steubenville police and courts had already turned a blind eye to the teenager's rape and if not for a blogger who refused to be bullied anonymous and the world would have never known about what happened that night.

"Steubenville High School students Trent Mays and Ma'Lik Richmond were sentenced to at least a year in juvenile jail, capping a case that came to light via a barrage of morning-after text messages, social media posts and online photos and video. Mays was sentenced to an additional year in jail on a charge of illegal use of a minor in nudity-oriented material, to be served after his rape sentence is completed." US News There scum bag lawyer tried to victim blame testifying that: "The reality is, she drank, she has a reputation for telling lies," said lawyer Walter Madison, representing the 16-year-old. That line stinks of transpanic, its the same sort of victim blaming. I find it extremely disturbing mainstream media has published pictures of these two looking sad or hugging there mama's. They committed a crime and now these two who tried to use money and prestige to slander the character of the victim are going to jail. Well, these two are awaiting sentencing and could be incarcerated until they are 21. I don't think thats enough. What about the other boys at that party? I'm sure these two weren't the only ones who should be punished. And what about the dirt bag sheriff and judges who would have let this girl be sacrificed for the sake of the towns football team's image? 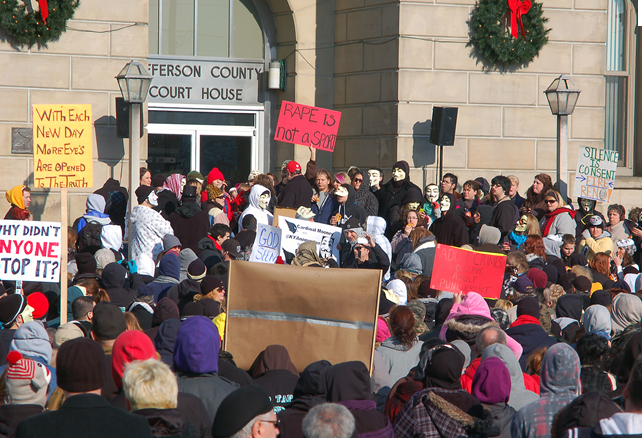