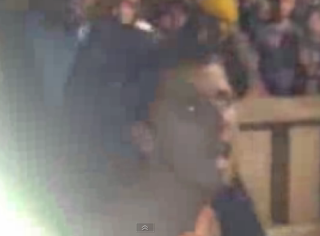 'I blanked out and started crying': Astonishing video showing teenager attacked by cops in Australia as he relives moment he was thrown. A teenager has said he 'could have died' as he relived the moment he was allegedly thrown to the floor by police while being arrested at Australia's Mardi Gras festival.

Thousands of Australians have signed a petition protesting against 'police brutality' after a video showing an officer slamming teenager Jamie Jackson to the ground and standing on his back went viral.

A second video has emerged:

SYDNEY MARDI GRAS 2013 | POLICE BRUTALITY: 'I do remember the first slam to the ground... then
Amateur footage of 18-year-old Mr Jackson being arrested as he celebrated Sydney's Mardi Gras festival last weekend has been viewed by hundreds of thousands of people across the world.

The video, which was filmed by at least two people, has sparked outrage across Australia and resulted in the head of the Police Association, Scott Weber, warning against trial by social media.

Hundreds of gay activists will now march to a Sydney police station on Friday in protest at Mr Jackson's treatment.

The incident has also opened a debate about the public's right to film incidents involving police as the footage shows officers telling the bystander behind the camera to stop.

Despite being shown protesting his innocence in the footage, Mr Jackson has been charged with using offensive language against police, assaulting officers and resisting arrest.

The arrest, which was witnessed by hundreds of people, came hours after thousands of gay and lesbian people had marched through the Sydney streets to celebrate the annual festival.

Mr Jackson told 7News in Australia: 'I didn't deserve to be treated that way, that's for sure.

'It just got pretty heated and I'm just completely in shock about the whole thing, it could have been dealt with so much easier.

'I've got nothing bad to say about the police but that one officer that was just standing on me in the video treating me like a piece of meat, that was just wrong.'

The crying youngster is heard on the video protesting is innocence and is heard to say 'I didn't do anything wrong' repeatedly.

The person behind the camera is told to stop filming by the officer who then pulls Mr Jackson away by his neck.

The tearful teenager, still vehemently protesting his innocence, is heard telling a bystander who is shouting at the officers to get the policeman's name.

The footage then pans down to what appears to be a spot of blood on a bit of paper on the ground.

But the camera then switches focus back to the office and Mr Jackson, who is seen being slammed face down to the ground.

He is then shown sobbing on the floor with the policeman's boot on his back.

New South Wales MP, Alex Greenwich, who is a gay rights campaigner, said it was very concerning that a large police officer 'body slammed' a teenage boy for swearing.

He said: 'If the only thing that the individual did was use offensive language, then I think many would agree that the approach the police took to the situation and the body slam on the ground is certainly a heavy-handed approach to the matter.'

The officers involved in the incident are heard to warn people filming the incident to put their mobile phones away, but one woman can be heard saying she had a right to record what was going on.

As debate flared over whether police can order people to stop filming their activities with their mobile phones, New South Wales Assistant Commander Mark Murdoch said that not only did the public have a right to do so, but he encouraged it.

Mr Murdoch said an officer who told one witness to stop filming 'cos I said so', will be pulled aside and reminded of police protocol which encourages the public to film police.

He said: 'It is the right of the community to film anyone in a public space.

'Police need to be mature enough to know everyone on the street has a mobile phone and that anyone has the right to record anyone in a public space.'

He added: 'This is a matter we are taking very seriously.'

'It's not about anything other than doing what we do, day in, day out, and that is policing by consent and with the support of the community.

'We're not in the business of doing otherwise -- we are not a third-world organisation.'
Although neither of the two videos that have gone viral captures the initial encounter between Mr Jackson and police, a woman interviewed in one of the clips is heard to say: 'They just slammed his head. There's blood all over the ground.'

According to Sydney's Channel Seven, police sources said that Mr Jackson was 'not an angel' on the night, and is alleged to have tried to kick a woman in the shins and using the worst kind of profane language.