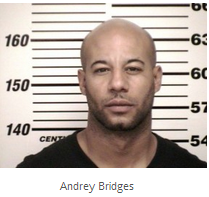 The jury took 10 days to convict Bridges on two counts of murder, felonious assault, tampering with evidence and abuse of a corpse. After Bridges learned of Cemia Dove Acoff transgender status he stripped and tortured her to death, tied her to a concrete block and threw her into a pond.

Bridges will be sentenced to life on the 13th of November. He will be eligible for parole in 15 years.

Sadly Dove, a law abiding citizen was revictimized in death simply for her transsexuality.

The plain Dealer's John Caniglia horrific transphobic reporting criminalizing her life angered Doves family and outraged not only the LGBT community but all people of conscious including the Columbia Journalism Review who slammed him for his articles.


Since stories about men who decide to live as women are “sensational” according to Cleveland news standards, the Betty Boop t-shirt and three bras that Dove’s body was clothed in when it was found gets mentioned in the story reporters wrote and broadcast about her.  They also make it a point to call her a “man” to tease readers and television viewers to keep reading and watching.  Cleveland.com told its readers that Dove was “oddly dressed.”
For good measure and an extra kick to the ratings, reporters used the word “transvestite” to describe Dove as something she wasn’t.  The goal is an old school media tactic designed to make her sound like a sexual deviant.  According to the Wikipedia definition of “transvestite,”  the word is a“clinical term that carry potentially negative connotations or implications of mental illness.”

“Police confirm Acoff was a member of the transgender/transvestite community,” WOIO TV19 posted on its website.

Other media outlets rushed in to sensationalize her death hoping to similarly capitalize on her murder by digging up every part and parcel of her existence.

The dangerous drugs she was convicted of possessing are the same ones I and most trans people take every day. The only difference is that she obtained hers legally albeit without a prescription which costs me nearly $1000 a year including doctor visits.

You can get those same drugs online if you can't afford the Physicians and bloodwork. If you can please have a Endocrinologist monitor your health but if you can't I offer these self medicating resources.

Her arrest for using pepper spray was in defense of a eight year old girl who was being badgered by an adult man according to a relative.

Having lived my first 9 years of my life in Cuyahoga county I have to wonder how much the prevailing misogynistic transphobic and homophobic media played in the following 25 years I spent in agony denying my true gender.

It's my hope that social media like planetransgender will help to dispel the untruths and transphobia displayed by media like the Plain Dealer easing the pain for trans people to come.