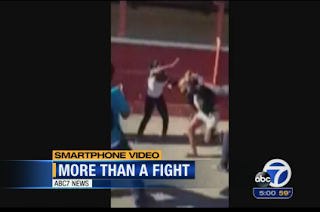 Law enforcement and school officials are investigating a fight the occurred Wednesday at the school as a possible hate crime. According to faculty a group of cisgender students have been harassing the trans girl for some time and had received a warning to stop just days before the attack.

ABC 7 reports "School officials say the transgender student initiated the physical contact, but only after she was verbally assaulted."


"After being under stressful situations day after day of being teased and talked about, obviously at some point you're going to explode," said Charles Ramsey with the West Contra Costa School Board.

"The transgender student complained to school administrators about being bullied just two days ago and a warning was given to the other students involved."

"They were told knock it off and then something transpired yesterday afternoon," Adam Taylor with the West Contra Costa School District told ABC 7 news.