To some Transgender Chileans life is a Circus called Fama 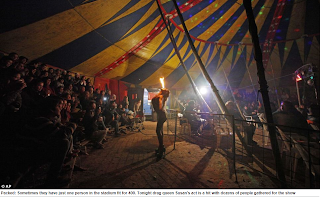 What is a Fama? in Spanish the acronym means, fundación para el Apoyo a la Microempresa Family and in English, Family Foundation to support the Micro Enterprise.

Indeed, Fama is a family working together to escape the countries brutal repression.

Fama members carry their possessions and the tent capable of seating 400 people everywhere they go. The pay is less than the minimum wage but to the circus members its the only life they have. It's there Family. They have been doing it for a decade sometimes performing for a full tent and sometimes for just one person.

Life in this predominately Catholic country isn't easy or even a sure thing. There have been four murders in the past 5 years. But those numbers only tell of the reported murdered.

The brutal killing of a gay man last year set off a national debate about hate crimes that prompted Congress to pass a hate crimes law. But while one of his attackers was sentenced to life in prison last week, another young man is in a coma fighting for his life from a similar beating.

The transgender performers are often mocked and some of them have suffered violent attacks.

"The verbal aggressions and attacks continue, even after the passing of the anti-discrimination law," Vero told one of the founding members told the AP. 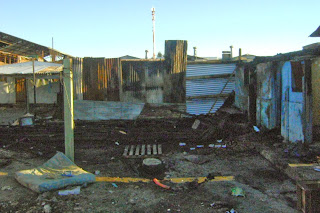 In 2011 a Chilian transgender community was torched leaving ocupants without shelter. The temporary housing had been set up after a horrific earth quake forced them to move.

The investigator never even visited the homes instead he issued a report saying a space heater was to blame. 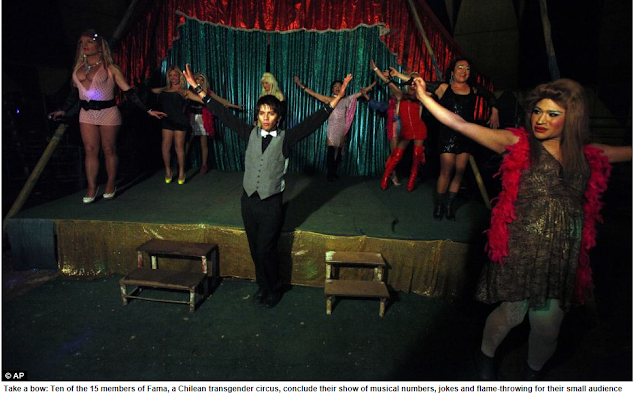