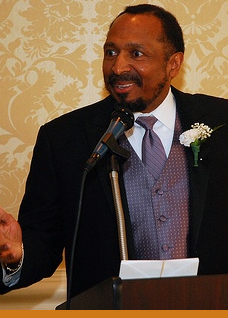 "Americans for Truth About Homosexuality" introduced EW Jackson saying he had four children. EW Jackson corrected him saying he had only three children. The announcer laughly compare him to Jessie Jackson who had a child out of marriage. Incredibly the announcer then went on to condemn the left for being racist.

First the rather lengthy MP3 interview with americansfortruth.com in which EW Jackson said homosexuals were sick and perverted at the 27 minute mark.

Then Jackson denials he ever said these things.....