Dept of Health and Human Services rules that Medicaid Medicare will not pay for SRS, for now 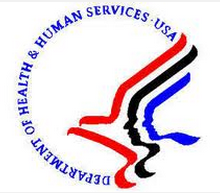 After thoroughly considering the results from their 2 hour comment period and summarily dismissing empirical proof that sexual reassignment surgery (SRS) is a medical necessity the HHS opted to hunker down with its 1981 ruling calling SRS 'experimental' and problematic.

In the trans advocacy world this is known as the 'we need to research just what transgender means' escape which is inevitably used by conservatives whenever trans inclusive legislation or ordinances are being voted on. Its a sure fire way to kill the bill and in this case stop a measure which would help save lives medically.

Back in April the Advocate reported on how the challenge to HHS's archaic rule began,

The National Center for Lesbian Rights, American Civil Liberties Union, and Gay and Lesbian Advocates and Defenders filed the challenge on behalf of a transgender veteran who was denied gender-reassignment survey after her doctors determined it was medically necessary to alleviate her severe gender dysphoria.
"Medicare's categorical exclusion of this care lacks any scientific basis," NCLR's legal director, Shannon Minter, said in a statement announcing the challenge. "Study after study has shown that these surgeries are the only effective treatment for many patients suffering from severe gender dysphoria."
"As a result of the administrative challenge, the Department Appeals Board of the U.S. Department of Health and Human Services must review the ban, determine whether it is reasonable based on current standards of care, and reverse it if it is not," according to the LGBT organizations' release. "Earlier last week, the HHS Center for Medicare and Medicaid Services on its own initiative included a statement on its website that it would be reconsidering the ban. [The center] subsequently withdrew its proposal to reconsider the ban and through a spokesperson explained that the ban would instead be reviewed through the independent Department Appeals Board process."
The December 2013 ruling denies Medicare or Medicaid coverage for SRS for the exact same reasons regardless of the proof it is a medical necessity for some trans people.

From the HHS December PDF


"Based on the current record in this proceeding initiated by an acceptable NCD complaint from an aggrieved party, the Departmental Appeals Board (Board) has determined that the NCD (National Coverage Determination) record in this case “is not complete and adequate to support the validity of the NCD” denying Medicare coverage for transsexual surgery “for sex reassignment of transsexuals."

Case Background
The aggrieved party here filed an initial NCD complaint and supporting materials on March 26, 2013 and a supplement on April 18, 2013, and the Board notified CMS of the filing of an acceptable complaint on April 29, 2013. CMS submitted the NCD record on May 15, 2013, and the aggrieved party submitted, on June 14, 2013, a statement of why the NCD record is not complete or adequate to support the validity of the NCD under the reasonableness standard. In addition, six advocacy organizations petitioned for and were granted permission to participate as amici curiae in the NCD review by filing written briefs, which they submitte

Transsexual surgery, also known as sex reassignment surgery or intersex surgery, is the culmination of a series of procedures designed to change the anatomy of transsexuals to conform to their gender identity. Transsexuals are persons with an overwhelming desire to change anatomic sex because of their fixed conviction that they are members of the opposite sex. For the male-to-female, transsexual surgery entails castration, penectomy and vulva-vaginal construction. Surgery for the female-to-male transsexual consists of bilateral mammectomy, hysterectomy and salpingooophorectomy, which may be followed by phalloplasty and the insertion of testicular prostheses.

Indications and Limitations of Coverage

Transsexual surgery for sex reassignment of transsexuals is controversial. Because of the lack of well controlled, long term studies of the safety and effectiveness of the surgical procedures and attendant therapies for transsexualism, the treatment is considered experimental. Moreover, there is a high rate of serious complications for these surgical procedures. For these reasons, transsexual surgery is not covered.
­
The NCD directly quotes from or paraphrases portions of an 11-page report that the former National Center for Health Care Technology (NCHCT) of the HHS Public Health 2 NCDs are available at http://www.cms.gov/medicare-coverage-database/overview-and-quick­search.aspx?list_type=ncd.


The aggrieved party also argues that the NCD when issued was invalid and unsupported by the NCD record. The aggrieved party argues that the 1981 NCHCT report acknowledged the effectiveness of transsexual surgery in stating that “eight of the nine studies” that “represent[ed] the major clinical reports thus far published” between 1969 and 1980 on the outcome of the surgery “reported that most t ranssexuals show improved adjustment on a variety of criteria after sex reassignment surgery.”7 NCD Record at 17­18. The aggrieved party also argues that the ninth, unfavorable, study on which the 7 The NCHCT discounted these findings on the ground that the eight favorable studies did not meet “the ideal criteria of a valid scientific evaluation of a clinical procedure.” NCD Record at 18.

For the reasons explained above, we conclude that the NCD record is not complete and adequate to support the validity of NCD 140.3, “Transsexual Surgery.” Therefore, as required by the statute and regulations, we will proceed to discovery and the taking of evidence. As stated above, our ruling here does not address the ultimate question of whether the NCD as written is valid under the reasonableness standard in the statute and regulations.

Sometimes the government makes absolutely no sense even to our advocates in DC.