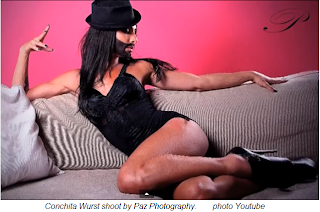 UPDATE She WON!! Check her song out here

The Austrian public broadcaster ORF has confirmed that transgender woman Conchita Wurst will representing the Alpine republic of Austria at the 2014 Euro vision song contest.

The contests have recently included former eastern bloc and Muslim counties. Liechtenstein and Vatican City are the only European countries not to have participated.

This announcement hasn't gone unnoticed in Russia. According to Pravda.ru the Communications commission has received a petition asking that the 2014 contest be banned from Russia specifically because a transgender woman is among the finalists.