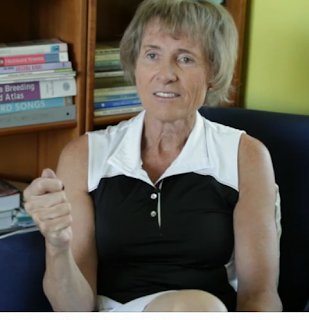 Lancaster told USA Today playing in the LGPA would "even the playing field" because she would be up against younger more fit opponents.

She feels the LGPA policy allowing her to play against woman her age gives her a unfair advantage and she doesn't want to be seen as a "cheat" because of her pre transition life as a male.

She thinks the LPGA  rules should be 'revisited'.

Lancaster needs to be reminded that she is not the only trans woman who aspires to play in the LPGA or any other sport for that matter. Many trans athletes do not have the physical attributes she describes that she feels gives her an 'unfair' advantage.

Many younger transgender people haven't had testosterone or estrogen affect their bodies as they matured through adolescence due to elective puberty blocking drugs. They have been given the option to delay those affects and have gone on to live their lives without having a body that does not align with their true gender,

Talk about a narrative that fuels the transphobes engine. Speak for yourself Lancaster, please.

If Bobbi is at least two years after SRS and has not been taking any T on her own, then the medical community is confident that she has no advantage. These are part of the requirements that the Internation Olympic Committee have placed on transgender athletes to compete in the Olympics. These requirements have been adopted by most if not all Olympic sport national governing bodies also. Transgender people don't need people like Bobbi professing alternative suggestions when the expert opinion is sound.

Agreed. I think if she wants to exclude herself as a individual that's her perogative. But when she said she thought the rules should be revisted because they gave her a unfair advantage she was by default including everyone.