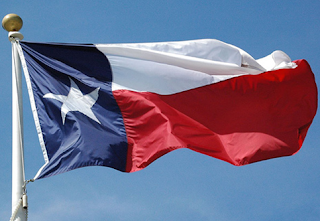 Equality Texas is shepherding SB237 through the Texas Senate. As a transgender Texan I will tell you this. We desperately need this legislation to become law. Many companies will hire us but have no idea how strongly our employment will be resented by staff potentially making our daily lives a living hell.

"S.B. 237 prohibits employment discrimination on the basis of sexual orientation or gender identity or expression."

"Currently, employment protections are in place to protect employees and job applicants against discrimination based on race, color, disability, religion, sex, and national origin. S.B. 237 adds sexual orientation or gender identity or expression to that list."

"Twenty-one states and the District of Columbia prohibit discrimination based on sexual orientation. Several cities in Texas, including Austin, Dallas, El Paso, Fort Worth, Houston, and San Antonio provide such protections to municipal employees."

Similar bills by Rep. Mike Villarreal, D-San Antonio, went through the motions the last three legislative sessions but failed to pass. Villarreal filed a companion bill this year that will be heard by the House Economic & Small Business Development committee.

Email ThisBlogThis!Share to TwitterShare to FacebookShare to Pinterest
Labels: S.B. 237