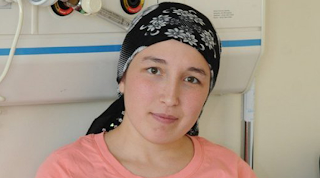 This has huge implications for transgender woman and our partners who wish to give birth to children. Via Raw Story:


"The first woman ever to receive a uterus from a deceased donor, is two-weeks pregnant following a successful embryo transplant, her doctors said on Friday.

22-year-old Derya Sert was revealed to be almost two-weeks pregnant in preliminary results after in vitro fertilisation at Akdeniz University Hospital in Turkey’s southern province of Antalya, her doctor Mustafa Unal said in a written statement.

“She is doing just fine at the moment,” Unal said.

Sert was described as a “medical miracle” when she became the first woman in the world to have a successful womb transplant from a dead donor in August 2011 at the same Antalya hospital.

The groundbreaking news of her pregnancy will rekindle hopes for thousands of childless women across the world who are unable to bear their own babies."

There's a lot of folks who are doubtful we will ever see a trans woman have a child in our lifetime. It was just two years ago this was seen as a distant event by most of the medical community except a couple visionary doctors and one transgender woman. Sarah Luiz was among those visionaries when she became the first transgender uterine transplant candidate.

Sadly, Derya Sert lost her baby at 8 weeks but there is still hope as Swedish doctors have transplanted nine uterus's.