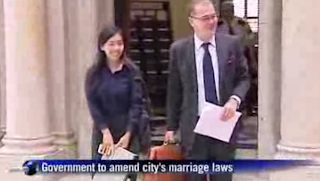 The decision gives hope that other transgender people, both male-to-female and female-to-male, will be able to marry people of the opposite gender. Although it is only likely to affect post-operative transsexuals.

It is likely that, following the judges' recommendations, the government will amend the marriage law to clarify the position for transsexuals.

The team's argument, presented by Lord Pannick QC in the court of appeal last month, was that as the Hong Kong government recognizes W as a woman on her ID card they should accept she is a woman for marriage law as well. ~ Gay Star News

However same-sex marriage or civil unions are still not recognised in Hong Kong.

Read more at the Raw Story.