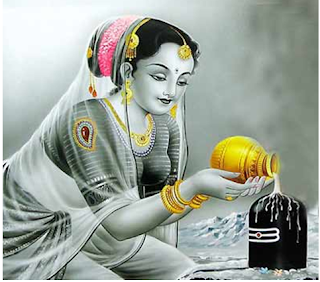 Aparna at 27 years of age returned home after Sexual Reassignment Surgery and hanged herself in the town of Anamalai, Tamil Nadu, India after her mother refused to accept her.


I know, it's sad, but it's not much of a story. Here's why I have written about her suicide. The only other memorial to her is an atrocious article by the Times of India which is so bad even given latitude for the differences in social perceptions and languages is still nothing more than a transphobic attack on her.

So who was Aparna? We know little other than what the Times published except that Aparna took her name from a goddess in the Hindu Religion Uma, also known as Parvati, daughter of the mountains.

It seems Parvati came by her name Aparna for fasting in the forest seeking to earn the admiration and respect of someone she loved. Parvati went into the forest and performed rigorous Tapas, wearing nothing to protect her tender body from the harsh weather, eating nothing, not even a leaf, earning the admiration of the forest ascetics, Sadhus and Sages, who named her Aparna – the leafless one.

Eventually the goddess was successful and had a rich and full life but not so for our Aparna. She died without the love she so desperately needed degraded in death by the Times of India.

But her memory will live on, in these pages a small tribute to a brave and lovely woman, Aparna.