Will Cemia Dove's Murder Be The First Time The Mathew Shepard Act Is Used To Prosecute A Hate Crime Against A Transgender Person?

Will the Mathew Shepard Hate Crimes law be used to prosecute Andrey Bridges? And if not, why not? No confession is needed that he committed this heinous act of violence because of transphobia. Cemia's body was found wearing a red Betty Boop belly tank top, three black bras on top of one another, and a light black-hooded jacket. She was naked from the waist down. The rope was tied from the back and also attached to a steel pipe and the concrete. It's more than obvious transphobia was the motivating factor that drove Bridges to murder her. 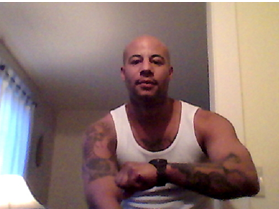 Andrey Bridges, the man accused of murdering Cemia Dove, a 20 year old transgender woman, appeared in court Friday. Bridges's is charged with aggravated murder, kidnapping, tampering with evidence and abuse of a corpse. His bond was set at 5 million dollars and his case is to have it's first hearing by a grand jury on May 16th.

But no mention of this being a hate crime has been made yet. Can Bridges be charged for a hate crime?

(A) IN GENERAL- Whoever, whether or not acting under color of law, in any circumstance described in subparagraph (B) or paragraph (3), willfully causes bodily injury to any person or, through the use of fire, a firearm, a dangerous weapon, or an explosive or incendiary device, attempts to cause bodily injury to any person, because of the actual or perceived religion, national origin, gender, sexual orientation, gender identity or disability of any person--

`(i) shall be imprisoned not more than 10 years, fined in accordance with this title, or both; and

`(ii) shall be imprisoned for any term of years or for life, fined in accordance with this title, or both, if--

`(I) death results from the offense; or

The transgender community should be afraid the Bridges a repeat offender might walk free. Most recently he beat a woman so badly she after he was released from prison on June 25, 2010 that she had to be admitted to the hospital with a collapsed lung, broken ribs and other injuries.

Bridges pleaded guilty in 2012 to aggravated assault in connection with the June 2010 incident and was sentenced to probation by Judge Hollie Gallagher.

Hildebrand, the Attorney that represented Bridges told the Plain Dealer "he believes the prosecuting attorney agreed to probation for Bridges because so much time had passed and because of concerns about whether his right to a speedy trial had been violated."

Requirement D, that a minority feels that justice will not be served is met. If Bridges had been held accountable under the law for the 2010 beating  he wouldn't have been free to murder our transgender sister.

1) IN GENERAL- No prosecution of any offense described in this subsection may be undertaken by the United States, except under the certification in writing of the Attorney General, or his designee, that--

`(A) the State does not have jurisdiction;

`(B) the State has requested that the Federal Government assume jurisdiction;

`(D) a prosecution by the United States is in the public interest and necessary to secure substantial justice.

There are a number of other conditions before charging Andrey Bridges with a hate crime but one that is painfully obvious to the transgender community. This act of violence was reported in such a way in the media that it will result in an increased bias against transgender people.

In Fact the last main stream article by Newsnet5 reporting the bond was the first article that was done in such a way as not to further bias against transgender people.

How would that be used by the prosecutor to convince a jury this was a hate crime? One of the reasons the Mathew Shepard Act was passed by the Senate was because...


"Members of targeted groups are prevented from purchasing goods and services, obtaining or sustaining employment, or participating in other commercial activity"

Nothing could be truer in this instance. The atrocious reporting by local media was amplified time and time again nationally and internationally as editors jumped at the chance to sensationalize and dehumanize Dove parroting the original reporting by the Plain Dealer resulting in the demoralization of our minority internationally.

This devalued sense of worth compounded with the knowledge people obsessed with harming us have been given a added boast to their prejudice makes us more fearful for our individual well being. This of course interferes with our ability to be hired, job performance and participation in the free market.

The transgender community has heard time and again that prosecutors refuse to persecute our murders as hate crimes for fear the jury will reject that charge and ruin there case against the accused.