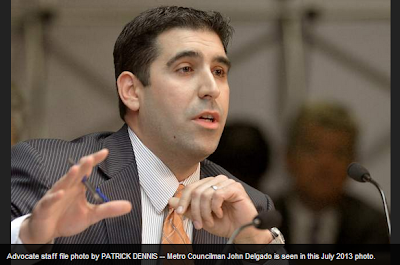 The Baton Rouge Advocate reports that on July 18th "an undercover East Baton Rouge Parish sheriff’s deputy was staking out Manchac Park about 10 a.m. one day when a slow-moving sedan pulling into the parking lot caught his attention.

The deputy parked alongside the 65-year-old driver and, after denying being a cop, began a casual conversation that was electronically monitored by a backup team nearby."


"As the two men moved their chat to a picnic table, the deputy propositioned his target with “some drinks and some fun” back at his place, later inquiring whether the man had any condoms, according to court records. After following the deputy to a nearby apartment, the man was handcuffed and booked into Parish Prison on a single count of attempted crime against nature."

There have been at least 11 other arrests like this by the Sheriff's task force targeting gay men. In this case Bail was set by a judge indicating his belief that a law had been broken.

No laws were broken. In every arrest a similar conversation took place with the undercover cop and his victim leaving the park before any sexual interactions. Each time they went to a private residence where the man was arrested for violating Louisiana’s anti-sodomy law which was struck down by the U.S. Supreme Court a decade ago with Lawrence vs Texas.

Even though in every instance the DA refused to file charges Sheriff Gautreaux maintains he was not aware his deputies were making false arrests.

The DA has refused to prosecute any of the victims. District Attorney Hillar Moore told The News Tribune "The Sheriff's Office's intentions are all good," Moore said. "But from what I've seen of these cases, legally, we found no criminal violation." 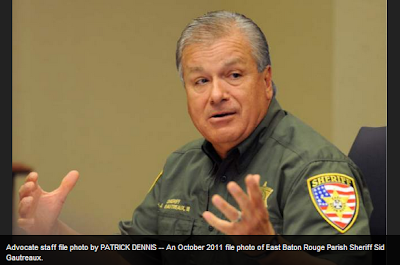 
Delgado said the deputies’ actions are violations of the civil rights of these men under the 5th and 14th amendments. He said the Sheriff’s Office cannot claim it was unaware of the change in the law.
“Ignorance of the law is no excuse,” he said. “Doesn’t your office tell people that all the time?”
Delgado said he will file public records requests Monday to determine when the District Attorney’s Office informed the Sheriff’s Office that the men targeted had committed no crime.
Delgado also said it’s “beyond insulting” that the sheriff would say he “didn’t know it was against the law.”

The Baton Rouge police department has just posted this statement on facebook:

East Baton Rouge Sheriff's Office · 1,999 like this
6 hours ago near Baton Rouge, LA ·
.......which apparently satisfied the Capitol City Alliance who just tweeted:

CCA Baton Rouge ‏@ccabatonrouge4h
Victory! @EBRSheriff will work with us to improve his practices and to remove the CAN law from the books!
I wouldn't be so quick to call a victory. There was a reason for Sheriff Gautreaux sudden epiphany. There was an anti gay agenda and the people who promoted it have probably broken some laws. There is justice to be done yet. For the 12 people who they bullied, intimidated and falsely arrested.