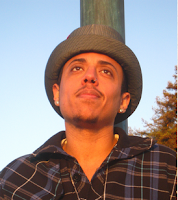 What is it like to be Trans man? Are trans men's life experiences the same as a trans woman's? What happens to that experience when the intersection of gender is also the meeting place of androphobia and racism?

Then switching gender (presentations) The Root article "I Was Feared As A Man" examines a piece by Laverne Cox on the Advocate extracting the core of her messages.

First Amir Rabiyah  a new twitter friend gives us a invaluable peek at the crossing in this video....

Black Transgender Woman: I Was Feared as a Man by Laverne Cox 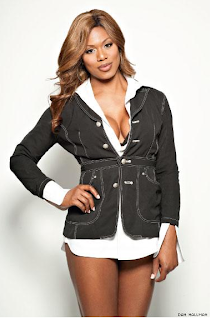 But when I was attempting to live part-time in boy drag, I was hyper-aware of how perceptions of black masculinity influence the ways in which people behave in relationship to a body in the public space. I noticed how much harder it was to get a taxi, for example, when I was dressed in boy drag as opposed to when I was dressed as myself. In black male drag, I noticed white women cross to the other side of the street and clutch their purses tighter.
When I was perceived as a black man I became a threat to public safety. When I was dressed as myself, it was my safety that was threatened. It was usually other black people who policed my gender, called me out, or made fun of me on subways, street corners, and in delicatessens. I believe it is because I am also black that I became their target. These same folks would often ignore white trans and gender nonconforming folks in the same spaces, even those who passed even less than I did at the time. Systemic racism not only encourages the state and non-black individuals to police and monitor black bodies, white supremacy encourages other black folks to do so as well.
Almost 15 years into my transition, I am still black and I still live in New York City. I still sometimes hear "That's a man" screamed or whispered toward me as I walk down the street, but not nearly as much as I used to. So many basic things are better and more congruent in my life today as I enter the public space as myself, but I am acutely aware of how sexism and transmisogyny intersect with racism to police my now black trans woman's body in public space.Read Laverne Cox's full article at the Advocate