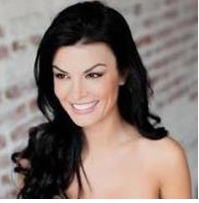 Rather than address her transphobia Monnin has been ordered to pay Donald Trump five million dollars according to the Post Gazette.


"A federal judge this week upheld a 2012 ruling that a Cranberry woman who resigned as Miss Pennsylvania USA, claiming the pageant system was fixed, must pay $5 million in damages to the Miss Universe Organization.
An arbitrator in December found Sheena Monnin, 28, had made defamatory comments against Donald Trump's organization last year and that there was "virtually no possibility that the judging was rigged."
In a 30-page opinion filed Tuesday, U.S. District Judge J. Paul Oetken of New York supported that ruling.
"The Court does not take lightly that Monnin is compelled to pay what is a devastating monetary award. ... Sympathy, or apparent inequity, may play no role in a court's legal analysis, and here, the law is clear," he wrote."

Monnin posted this on her support page and she ain't backing down:


On July 2nd, the Southern District Court of New York ruled on my appeal of the $5 million arbitration award.

I am grateful to Judge Oetken for his review of the case before affirming the award.

I was hopeful for a different outcome, but I am pleased that the true nature of the Miss USA judging procedure has been exposed by the testimony of the Miss Universe Organization (MUO) and Ernst & Young during the arbitration proceedings – testimony that reveals that the MUO does select the top 15 contestants irrespective of the preliminary judges’ scores.

This is not about me being a ‘sore loser’ or wanting my ’15 minutes of fame’. This is about the MUO’s admission under oath that they manipulate the judges’ results to suit their own ends. This is not what they advertise to the public.