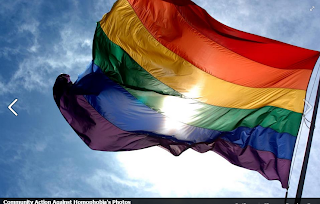 NSW Australia: Just days after a legislative inquiry indicated individual states had the right to legislate marriage equality New South Wales  introduced a bill to do just that, for cisgender couples.

The main problem it seems is the law will inevitably face a constitutional challenge. Some believe that's just a transphobic excuse.

ABC reports that The committee's chairman, Nationals MP Niall Blair, says none of the constitutional law experts the inquiry heard from could give a solid guarantee that state-based laws would hold up in court.

"The drafting and some of the items in that legislation would ultimately have the final bearing on whether that would survive a constitutional challenge, should it actually be determined that it is in conflict with the marriage act," he said.

According to the Sydney Morning Herald "The bill makes it clear it is about the marriage of same-sex couples only. Trans-sex marriages are not allowed, and churches are explicitly exempted."

The latest statement by  NSW Marriage Equality doesn't mention trans exclusion but the Community Action Against Homophobia (CAAH) issued a statement Friday that condemns the marginalisation of trans* and intersex people in the proposed marriage 'equality bill' for NSW:

CAAH Co-Convenor Cat Rose "The Liberal Party have never gone near marriage equality with a barge pole in the past. The only reason such a homophobic party has shifted has been because of the mass campaign that we've prosecuted.
Rose continued, "But the exemption trans* and intersex people's rights shows they haven't shifted nearly far enough. Our campaign has been for full equality for everyone, we don't settle for concessions and we won't stand for this transphobia and the invisibilising of Intersex people."

"Using the spectre of constitutional challenge is a smoke screen for bigotry, we've seen in other states that the power is there to pass more inclusive bills if they wanted to test it. Either way our fight will have to continue for genuine marriage equality to be recognised by the federal government." said Rose

Norrie, a resident of NSW recently had hir application to have hir gender listed as not specified by the Registry of Births Deaths and Marriages upheld by the NSW Supreme Court. Under the laws Norrie and anyone else who adopts 'not specified' gender neutral documentation will not be allowed to get married