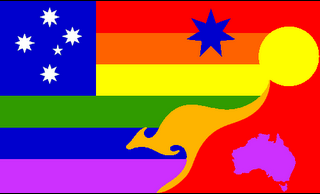 Gay star news: Australian lawmakers have voted to make discrimination against LGBT people illegal at a national level for the first time, although religious bodies will still be mostly exempt in line with state level legislation when it comes to LGBTs.

But for the first time aged care providers who are owned by religious groups will no longer be able to exclude people from aged care based on their LGBT or same-sex relationship status.

"Intersex people face discrimination because we have queer bodies. We face discrimination in access to healthcare, employment, schooling and even in interpersonal relationships. Intersex men and women face disbelief in the reality of our gender identities, and those of us who are physically most different are often the most vulnerable.

In February, the Senate agreed with us that intersex is a biological reality, and that all of us should be protected, regardless of our gender identity and without religious exemptions. This is now law, and a huge step forward that will have many positive repercussions."