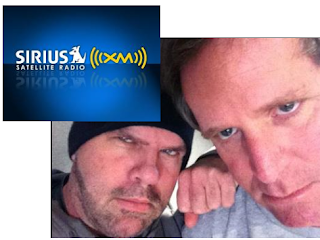 Lex and Terry have responded to a story first appearing on the TransAdvocate about an attempted murder of a Tampa transgender woman and have issued an apology after making transphobic comments on air about this hate crime.

As heard on that segment: "There’s a teen that shot a tranny after finding out that it was a man after they had a little sexual encounter. A co-host responded, I don’t blame him. I would have shot his ass too."

Up to that point in time with no apology forthcoming SiriusXM Senior Vice President of Communications, Patrick Reilly notified us that Lex and Terry show had been pulled from the SiriusXM network. “As you may already be aware, the Lex and Terry show is no longer on XM. The show was dropped yesterday, Thursday, from the Extreme Talk channel on XM. That’s the channel under the control of Clear Channel.”

According to All Access.com Lex Staley released the following apology:

"I want to reach out the best way I can to the transgendered community. I deeply apologize for an insensitive remark concerning a news story being discussed on my radio show where a 16-year-old boy shot a transgendered person after they had intimate contact."

"Please know that my off-the-cuff remark was not intended to offend or hurt anyone, but after listening to the audio I understand why the comment caused hurt and anger. I had originally hoped to explain the context of what I said, but quite honestly, what I said was just plain wrong and there is no context in which my statement is acceptable and I take responsibility for it."

"I would like to clarify two things. One is that I work every day on a very liberal program. We are an advice show that has helped the LGBT members of our audience for the past 21 years. We have consistently supported LGBT equality rights on our show, well before it was popular to do so."

"Secondly, as a father of a young daughter I am always distressed when I hear of adults having inappropriate contact with minors. But instead of properly expressing my distress in this situation I made a stupid comment that had no place and failed to express what I was actually thinking."

"I deeply regret the insensitive and hurtful remark I made. My on-air partner and I will be devoting a segment on an upcoming show to discuss the serious issue of discrimination in the LGBT community. We’re all human and deserve to be treated with respect and dignity – as members of the media, we embrace our responsibility to use our platform to help our greater community." ~ All Access.com


It appears that Lex and Terry were highly upset that a transgender person would have the audacity to confront them openly about killing us. Posting this article I mentioned them in a tweet and as an act of good will attempted to reach out and follow.

Staley said the shooting occurred after intimate contact. The basis for Staley's angst was an unfounded assumption. Coco, the transgender victim was not arrested for having sex with a minor. She would have if she had been charged with having "intimate contact" with him. I can not find any media reports that state she was arrested for that.

The minor had 'expressed interest in dating" Coco as a means to lure her to an abandoned house to murder her not for sex.

I honestly do not know why Staley would issue an apology based on those untruths but I will offer two possible explanations.

1. You did not take the time to read the news reports nether before your screed or before offering this apology.

2. You suffer from latent  transphobia. We can help with that.  As a matter of fact some transgender people suffer from internalized transphobia as well. But the truth is I believe you are an intelligent man who normally would not allow ignorance to govern your actions, however...saying you lie is rough..but think of this as tough love, a transgender intervention of sorts. The kind you are asking for.

I cringed while reading your apology. Staley, you danced around the crucial points. You used a transgender slur, intentionally maliciously misgendering the victim saying you would have done the same thing (a trans person is murdered globally ever day and a half). I cringed again after reading your defense that you are liberal. Transgender people do not need people to be 'liberal' to be decent human beings.

Staley, you are not only lying to yourself about the reason you reacted as you did but your untruths are ultimately reinforcing transphobia which leads to....yes...more murders.

I seriously look forward to the Lex and Terry show addressing these core issues during the on air segment as promised. If that happens I will advocate for your return to the SiriusXM network.