Scottish Trans and Intersex people no longer must divorce before legally transitioning but... 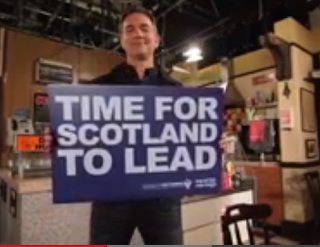 It's an amazing day for equality that makes me proud of my bonnie Scottish heritage. A new marriage equality bill that was made public today is arguably one of the best, but it is in need of revision to treat trans and intersex people fairly.

Up until today Scottish transgender people who wished to change gender markers legally were first required to divorce and resubmit a application for a civil partnership which was reserved for same sex couples. This process was stressful, costly and time consuming.

Under the new The Equal Marriage Bill, to be published today transgender people wishing legal gender recognition will no longer be forced to divorce first, however  if a trans person wishes to divorce a interim certificate would be issued during the process. The full Gender Recognition Certificate(GRC) will not be issued until the divorce process is complete unnecessarily delaying transition.

The Scottish Transgender Org. posted to facebook voicing their objection to Gay Star News misquoting them about the bill writing "We have NOT "applauded the bill for being tight and clearer" and have asked Gay Star News to remove that erroneous line. The Alliance commented almost immediately "Gay Star News have just apologized to us and confirmed they will correct the article. The article now reads:


Nathan Gale, a Development Worker for STA, said: ‘We are delighted that the Marriage and Civil Partnership (Scotland) Bill has been launched today.

‘We are particularly pleased that transsexual people will no longer be forced to divorce in order to have their gender legally recognized.

‘There are some outstanding issues for trans people which we will continue to press with the Scottish Parliament and Government. But this is a substantial step towards equal marriage rights for all, regardless of sexual orientation or gender identity.’

According to the Scottish Transgender org mailer:

What the bill means for married trans people where they and their spouse wish
to continue their marriage:
• An application to the gender recognition panel is made
o To confirm that the couple wish to remain married, a statutory
declaration will be submitted by the trans person’s spouse stating that
they consent to the marriage continuing after gender recognition
• If the application is successful a full Gender Recognition Certificate (GRC) will
be issued
• The Gender Recognition Panel will send a copy of the GRC to the Registrar
General for Scotland
• Regulations will be made by the Registrar General for issuing a suitable
additional revised marriage certificate to the couple (showing new name and
gender)

What the bill means for married trans people where either/both they and/or
their spouse do not wish to continue their marriage:
• An application to the gender recognition panel is made without any statutory
declaration from the spouse
• If the application is successful an interim Gender Recognition Certificate
(GRC) will be issued
• Either the trans person or their spouse can initiate divorce using the interim
GRC
• Once the divorce is completed the interim GRC is replaced with a full GRC

We are concerned that this process could lead to unreasonable delay in the granting
of a full GRC if the spouse is uncooperative and seeks to delay the divorce process.
We will be pushing to prevent such unreasonable delays being possible.

What the bill means for civil partnered trans people:

It's interesting to note that by volume most responses were opposed to gay marriage - 64% of the 62,000 responses were against it, but most of those were generated by postcard and internet petition campaigns by religious groups; of the individual submissions on the Scottish government website, the vote was 65% in favour - a finding broadly in line with opinion polls.

I get great experience by Delhi Escorts hub girls, that agency provide me Vanessa; Vanessa is a famous Elite independent escorts in Delhi, She is open minded oriented girl, living in Delhi, she is only 22 year old, she have perfect measurements 36-28-34. She was very busty attractive girl, she make my time memorable.

Arina is very beautiful girls ever meet before that type of girl, she is very bonny girl, she can attract anyone, because she have friendly nature, she can do whatever you want on bed. She is famous Independent escorts in Kolkata, offered by Mykolkataescorts.co.in

Arina is very beautiful girls ever meet before that type of girl, she is very bonny girl, she can attract anyone, because she have friendly nature, she can do whatever you want on bed. She is famous Independent escorts in Kolkata, offered by Mykolkataescorts.co.in

I am Mariam used every single spell worker on the internet, spent untold amounts of money and discovered they are all fakes...i was the fool though; doing the same thing over and over again and expecting different results. In the end, I decided that I wanted a tarot reading to know what my future held for me; I contacted a woman who lives locally to me and she told me about a man named (Priests Abija); he does not advertise on the internet, has another job for income, has no set prices, makes no false promises and refuses to help anyone that cannot be helped and even helps for free sometimes, he will give you proof before taking money. He is a wonderful man and he was the only person who actually gave me real results. I really hope he doesn't mind me advertising his contact on the internet but I'm sure any help/ extra work will benefit him.contact him here as (518) 303-6207 or spirituallighthealing101@live.com He travel sometimes.i cant give out his number cos he told me he don’t want to be disturbed by many people across the world..he said his email is okay and he’ will replied to any emails asap,love marriage,finance, job promotion ,lottery Voodoo,poker voodoo,golf Voodoo,Law & Court case Spells,money voodoo,weigh loss voodoo,any sicknesses voodoo,Trouble in marriage,HIV AIDS,it's all he does Hope this helps everyone that is in a desperate situation as I once was; I know how it feels to hold onto something and never have a chance to move on because of the false promises and then to feel trapped in wanting something
more.