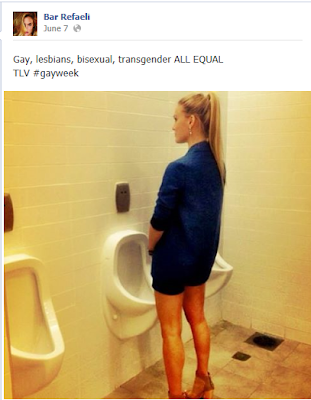 Israeli supermodel Bar Refaeli posted this picture to her facebook page and it has since been picked  by many gay blogs and mainstream publishers.

So there is no ignoring it.

I think it goes without saying its controversial, but does Refaeli's picture promote equality by 'raising the Bar' as Queerty would have us believe? Or is it a tasteless self promotional stunt needlessly stigmatizing transgender people like most of the commentators on her facebook page believe?

My take on it? I think she thought it was edgy. Maybe she thought she was helping us. In any case she knew her superstar status would get a boost from it. News flash Bar, you're not helping us. You're picture doesn't mean squat for transgender rights. 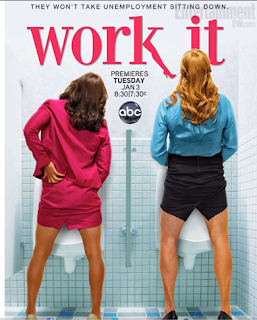 Bar, I'm pretty sure you don't deserve the condemnation that "Work It" received with this image. We in the blogosphere fought long and hard, eventually helping to purge the ABC network of that plague.

Bar Refaeli, you are gorgeous and a ally, but that does not give you a free pass. If you really wanted to help try being real. Take a picture of yourself taking a squat. Now that would be edgy. For real.