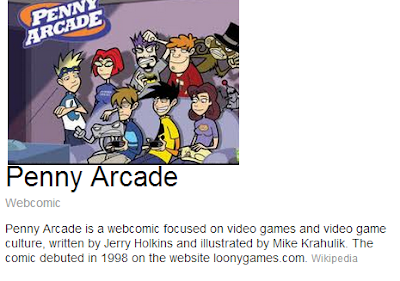 Not being a gamer this whole episode flew under my radar until I stumbled on a an apology by "Gabe" a Creator of Penny Arcade, apparently a highly successfully game dynasty. Gabe's apology to the trans community was so heartfelt I needed to find what happened.

Apparently he believed in the rigid gender binary construct, men have penis' and woman have a vagina. Period.

Gabe writes: "I was called a bigot and told that I was giving a stage to bigots. I had not even had breakfast yet. I said again that if they have a different opinion they are welcome to submit their own panel. I was then called “cis male garbage”. Someone then tweeted at me that I should die.

"I don’t want to be the reason people don’t go to PAX or don’t support Child’s Play or don’t watch the shows on PATV. I hate the idea that because I can’t stop being an asshole I hurt all these other amazing things."

"I’m very sorry about yesterday. There are very few things that someone can say to me that will actually make me lose my temper. All my buttons got pushed yesterday though and I snapped. I doubt that will change anyone’s opinion but there you go. I’m not qualified to talk about the ambiguity of sexuality and frankly I don’t give a shit about it. I like drawing comics and playing video games. I’ll keep my mouth shut when it comes to all the other stuff."

What transgression caused Gabe to apologize so profusely?

I realized I wasn't that upset about Gabe's view about gender, then it hit me. I was giving him a pass when a few posts ago I took it to Brownworth for her TERF beliefs, essentially the same as Gabe's. Time for me to check my x-male privilege.

Anyways there's a couple more twists and turns and one admonishment. First a indie developer pulled out of a upcoming convention, Citing Penny Arcade Controversy. That was a blow to the industry but maybe not one of the magnitude that would have motivated Gabe to apologize as he did.

Turns out a close friend of his contacted him after his initial tweets and came out as transgender. . They had a heartfelt conversation, not something you can do in 140 letters.

But Gabe wasn't done making amends. He decided to donate $20,000 to the Trevor Project. That's what I call an sincere heartfelt apology.

Now apart for occasionally confronting BugBrennan in a unscripted response with a few doz other activists I have never been a participant in a twitter bomb and especially never one like the one that fell on Gabe. It was vicious and mean spirited.

I went all the way back and couldn't find one apology from a transgender person. There were many thank yous and tweets appreciating Gabe's apologia, but no apologies from the trans community I could find. (maybe there was one but I couldn't find it)

I would like to offer Gabe an apology on behalf of the trans community. I am sorry those mean things were said to you Gabe and in the spirit of good humor that has guided you through this mess I'd like to share a video I know you appreciate.